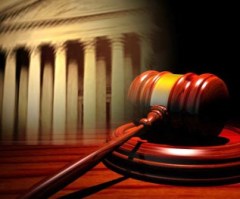 The two state agencies had conspired together to publish a false report alleging no health problems with smart meters. Mr. Woodward used the Freedom of Information Act to obtain documents showing such conspiracy. Heavily redacted documents were provided to him by the two agencies. He took both agencies to court to force disclosure of the redacted material. A trial court judge gave him the unredacted documents but placed a gag order on his public disclosure of same. The Court of Appeals unanimously ruled that the gag order was improper and that Woodward is now free to publicly disclose the unredacted documents. The case was remanded back to the trial court for further proceedings consistent with the appeals court decision.

This case shows what can be accomplished by a determined and disciplined individual who persists and persists. The value to our smart meter resistance movement is that the Arizona public will now learn that no honest health study was ever done and that an attempt to fake such a study was made instead. This will undermine public confidence in the whole smart meter program.

Click here for the Appeals Court opinion and decision.